THE EFFECTS OF CIRCUMCISION AND HEALING METHODS

Male circumcision is the surgical removal of the foreskin.  The foreskin on the average adult male is about 12 sq.in. of highly erogenous tissue. That is not a small amount. The surgery is usually performed though on a newborn boy before he leaves the hospital, and often within the first 2 days of life. For the time that we have known this procedure to take place our cultures have focused on the positive attributes or sacrificially virtuous attributes of this surgery at the cost of informing us of the negative repercussions of such an invasive operation. The aim of this article is to inform and bring compassion to the issue allowing people to know a holistic and more research data-based informed perspective. So here goes. Let's take a deep breath. And let's take a few more...

The Sexual Effects Breakdown of Circumcision

The thing is, it's hard to know what you are missing if you have never had it. For men that have been circumcised as infants, they grow up not knowing that another sensory reality could be possible for their sexual organs. The study reports show that circumcision removes up to a 1/3 of the penile erogenous tissue. 1/3! That is 12 square inches of doubled layer, movable sleeve on the penile shaft, this sleeve provides protection of the glands in the head of the penis, it gives pleasure and it facilitates intercourse. With this sleeve no artificial lubrication is needed. This foreskin contains several specialized nerves. Men that are circumcised in adulthood describe the difference as: ''Seeing in black and white compared to seeing in color.'' So if you have seen all your life in black and white you wouldn't know what you have been missing. So what are you missing? Well, men with foreskins have a much greater sensitivity and sexual response. Without the foreskin protection there is a progressive desensitization of the penile tissue which is now exposed instead of covered. Particular to older men, this is very likely to contribute to erectile dysfunction. A preliminary study showed that circumcised men were 4.5 times more likely to use an erectile dysfunction drug.

The Psychological Effects breakdown of Circumcision

The Historical  Context of Circumcision

'Circumcision has been practiced by various cultures for thousands of years. It is typically a rite of passage marking transition from one status to another. Such rites of passage, celebrated at birth, puberty, marriage, and death, are frequently associated with certain procedures entailing bodily mutilation. This removal of a part of the body, however, is not regarded in most societies as a mutilation. More often than not, it is seen as a religious consecration that makes the individual holy and invested with a special status.' Ashley Montagu

How To Resolve The Trauma Of Circumcision?

There is no doubt that such an invasive surgery can leave a human being traumatized whether we are aware of it or not. What can be done?

1. Start Allowing Yourself to Feel and Express Your Emotions
Feelings must be expressed emotionally. It's not about talking about it. The release of anger is important. Anger is usually the feeling that is on top, the feeling most easily accessible. Once the anger gets released the man can access deeper feelings such as grief and distrust. These are strong feelings that require the support of a therapist or support of another who can facilitate a safe space for the emotional expression. Just talking about it is not going to make a whole lot of a difference. This stuff needs to be felt.

How Does the Release of These Difficult Emotions Improve a Man's Sexual Pleasure?

You cannot repress anger without repressing all your feelings. A reduced emotional expression will reduce other sensations too as well as sexual sensitivity. As men become more able to express their feelings they open up to also feeling a greater degree of orgasm.

2. Restoring Foreskin
Some males have managed to restore part of their foreskin. The idea is to apply persistent tension stretching the existing penile skin over time. This can take months and even up to a couple of years. Although it won't have the original nerves and anatomical features of the original foreskin, men who have managed to achieve this report on improved sexual response and feel better about themselves.

Scar tissue is left where circumcision has taken place. It may be unseen, but it should be felt. It may be felt as numbness or as slight discomfort, tingling, pain... The question is: can we restore sensitivity? Yes! Self-massage or the support of a massage therapist can help in the restoration of nerve endings and regaining sensitivity in this area. I recommend you explore the area sensitively with your hands, the key is to be super super gentle.  To improve sensitivity this scar tissue should be massaged gently, regularly and frequently. Use some oil. Castor oil is great for healing tissue damage. Damaged nerves can be mended unless nerves are totally cut off and numbness is there. Any sensation whatsoever is better than no sensation. Pain is better than numbness. Pain means nerves are still functioning, but damaged, which means something can still be done. Have faith, keep on going with self-care and gentle massage. Do 15min upon awakening or upon going to sleep (ideally both). Even if the area is numb, stick with massaging it for some weeks, preferably months. Sensation and nerves can regrow. It's amazing what the body is capable of doing. Give the damaged nerves gentle attention and you will see as time goes changes will come about.

Alternatively, you could seek support with an experienced therapist where all the above points are explored and demonstrated. In my sessions trauma release work, emotional expression and emotional release is a natural part of what takes place whilst we work with the body. I hold sessions in North West London ranging from 2-4 hours long. Please get in touch for details, I look forward to supporting you in your healing! 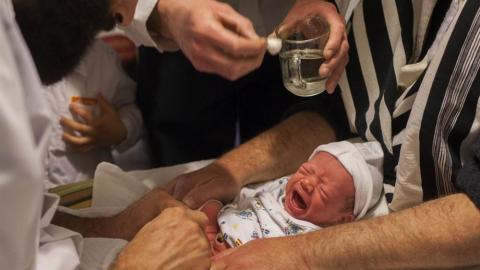