One of the most common sexual dysfunctions among men is premature ejaculation or PE. It has already been documented that at least 1 in 5 menwill have some type of experience with PE in their lives. Additional research has shown that that number could even be as high as forty percent.

Having treated a number of men with PE in over four years of practice, as well as the lack of helpful or even accurate information available online motivated me to want to further study in-depth, this most unpredictable male sexual dysfunction and offer information and solutions that are more valid than what is currently in circulation. With that in mind let’s take a closer look at PE itself:

Premature ejaculation is defined as a dysfunction in which climax from sexually activity occurs before the male and/or his partner would prefer, and when it creates distress in one or both of them. The American Psychiatric Associationdetermines that this happens when ejaculation occurs within one minute of penetration. The World Health Organization concludes that PE is defined by three main factors:

It manifests itself in two main forms; primary and secondary. Primary PE is considered to be something that occurs at the first sexual experience or encounter and persists throughout the person’s life. Secondary PE is when a person may have numerous normal and satisfactory sexual experiences only to develop the problem at a later point in their life. The problem with accurately identifying PE is the fact that it is not something that can be so easily labeled or defined. It is a combination of physical and emotional symptoms that may vary from person to person, as well as affect their partners in different ways.

Because of the lack of substantive information currently available on the subject, as well as any viable methods of understanding and treating the deeper seeded issues that go along with this disorder, I felt it necessary to bring my knowledge and understanding of the subject to a larger audience, and share a few of the therapies and techniques that I have used in my practice to help several patients who are struggling with this issue. I have found that learning more about the underlying causes is the first step to effective treatment:

Based on my experience, the causes of PE are actually very different than much of what you may read online or in other information sources. Many times science and research stops short of the actual goal of treating the true issues, which create the problem to begin with, focusing only on treating the symptoms themselves. Basically, PE falls into two different categorizations; physical or psychological.

When PE is the result of a biological issue, it is usually due to one of these conditions:

When these are the major contributors to PE, it can sometimes be easier to treat. Medications or other techniques can be used to raise testosterone levelsor balance out chemicals and hormones in the brain. However, these methods will do little to nothing to correct any deeper issues that may be involved.

On the other hand, when the source of the condition is psychological, there are a number of factors (or any combination of them) that could be at play:

Each of these issues within themselves may have a number of mitigating circumstances involved.

Lack of confidence may be due to body issues, depression, shame and guilt around sex or previous negative or unsatisfactory sexual experiences with other partners. That can lead to greater anxiety with new partners, perpetuating and complicating the already unhealthy cycle.

Fear of intimacy (I’ve noticed this is very common among men I have treated) is usually originates in childhood traumatic experience. Trauma can be any number of things from maternal abandonment to an early sexual assault and in some people a religious or cultural upbringing that creates a sense of guilt or shame surrounding any kind of sexual behavior. This core issue is even more fueled by the anxiety and stress brought on by the increasing internal pressure to solve this problem, and the angst that comes from not being able to or even knowing how.

Erectile dysfunction can also play a role in PE as men who suffer from this disorder oftentimes develop further anxiety about sexual performance and worry about achieving or maintaining their erection, thus conditioning them to seek to finish early and avoid the embarrassment or shame that goes along with being unable to perform adequately.

Relationship problems may also be another cause for PE, especially if you have had consistent and gratifying sexual relationships with past partners, but have suddenly begun to develop issues with performance in your current coupling.

How to Treat PE

There are countless different theories and opinions on how to treat this particular issue, some from well-known and respected researchers and practitioners within the scientific and medical community, and some from other alternative viewpoints. Regardless of where the information or suggestions come from (though some of them can be somewhat helpful under certain circumstances), I have found they often fall short of getting down to the core issue or issues involved, leaving at best a short term, quick fix.

My viewpoint differs from much of the mainstream information available in the sense that unlike the standard thinking behind treating or curing PE, I don’t think more focus and concentration during sexual intimacy is the key. Instead, I believe that relaxation and calmness are more important than the physical tricks one might attempt.

This enhanced level of calm can be achieved simply by:

This is not to say that there are not some helpful techniques that you can practice in the meantime to begin working out your own solutions. It just needs to be understood that these are not a lifetime, cure-all methods but rather one part of a more in-depth process. A few methods I have found to offer some positive results are things such as:

These are good for short-term solutions to help with the immediate issues at hand. However, to truly treat the root causes for which these problems have originally surfaced, deeper therapies such mediation and breathing techniques, self awareness and mindfulness, as well trauma release will all do much more in the way of developing and maintaining a lifelong resolution to PE and the other issues that may go along with it.

To get help on how to start book a session with me. 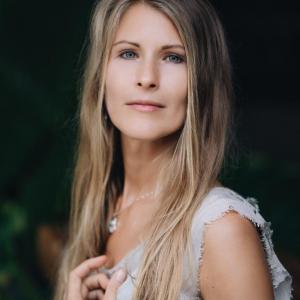 Experienced tantra practitioner and teacher, I successfully treat a variety of sexual dysfunction, trauma and conditioning around sexuality, help individuals and couples. 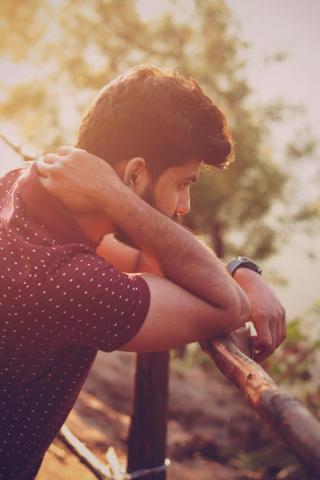