What is erectile dysfunction?

Erectile dysfunction in men, sometimes also known as ED or impotence, is the inability to achieve or maintain an erection.

Erectile dysfunction causes are physical and psychological, and often the problem presents itself with a complex combination of the two factors.

Degenerative conditions, which often come with age, play a big role in causes of erection problems. Any vasculogenic conditions, which are disorders of the circulatory system, are likely to weaken or damage the blood vessels. This in turn can make it difficult to obtain enough blood in the penis for an erection. The most common vasculogenic conditions are cardiovascular disease and diabetes.

Diabetes is a disease caused by high blood sugar and, according to Diabetes UK, the number of people in the UK who suffer from diabetes is now over 4 million. Men’s Health Forum say that men are 26% more likely than women to develop diabetes, which means that there are over 2 million men in the UK with the condition.

Multiple Sclerosis, a disease in which the central nervous system is attacked, can also contribute to ED. According to MS Society, around 70% of men with MS experience erectile problems.

Other conditions which can cause ED include Parkinson’s disease, metabolic syndrome, and high cholesterol.

Another cause of ED is an organic difficulty with erections following surgery, or as a result of injuries in the pelvic area or spinal cord. Radiation therapy to the pelvic region can also impact a man’s ability to achieve an erection.

Other physical causes of ED are anatomical conditions, such as Peyronie’s disease which affects the tissue of the penis. It affects 1-23% of men between the ages of 40 and 70, according to NIH.

Erectile dysfunction and the use of substances

Certain substances can interfere with erections. For example, illegal drugs, alcohol and smoking are all known as potential causes to ED. Certain prescription medications can also fall in this category.

According to Web MD, there is a long list of medicines which can interfere with erections due to the effect they have on a man’s hormones, nerves, or blood circulation. Some examples include Maxide, a diuretic; Prozac, an antidepressant; Benadryl, an antihistamine and Lupron, a prostate cancer medication.

Tantric healing therapy can help to overcome some of the physical causes of erectile dysfunction by removing blocks in the tissues and capillaries that may be preventing blood from entering the lingam. This works best if combined with lifestyle changes, such as improvements in diet, more exercise and healthier lifestyle choices such as reducing or giving up smoking and alcohol.

The most common psychological conditions contributing to erectile dysfunction are stress, performance anxiety, depression, fear of intimacy and guilt.

According to Mind, 1 in 4 people in the UK experience mental health problems each year, the most common ones being mixed anxiety and depression, anxiety, and post traumatic stress disorder. With numbers so high, it is likely that some men will at least temporarily experience difficulties with their erections due to not feeling good psychologically.

According to the ADAA (Anxiety and Depression America), common causes of anxiety and depression can include losing loved ones, loss of work and going through a divorce. It is not unusual for such life situations to have an impact on a person’s sex life.

Other causes of stress and anxiety can be deeper seated and more difficult to address, for example long-term dissatisfaction with a job or a partner, financial difficulties, or low self-esteem.

Performance anxiety can result from our society’s norms that a man is always wanting and ready for sex. If a man does not feel this way, he may start to see himself as inadequate.

Men may worry that they are not doing the ‘right thing’ to please their partners, or about the size of their penises or other outward appearance factors. Pressure to have sex from their partners may worsen the existing problem.

If a man suffers from premature ejaculation, he may become anxious about his sexual performance. In addition, if the partners are having difficulties in their relationship, the underlying feelings of anger and resentment may contribute to psychological difficulties in achieving or maintaining an erection.

Some men can fear intimacy, especially if they have a body-image problem a common one being worry about being overweight. A fear of intimacy may also stem from not having much experience with being touched, or even from a history of sexual abuse.

Tantric healing therapy can help to remove some of the underlying emotional blocks through applying deeper pressure and ‘de-armouring’ the body. This helps to release physical tension, and any underlying stresses and emotions which may be stuck in the body on a cellular level.

For more information or to book a session, please contact TATIANA AITKEN 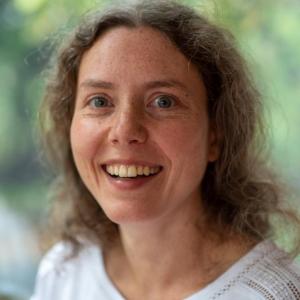 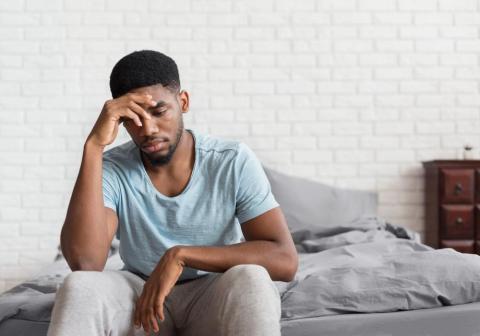