What is Tantra Yoni Massage?

Through trauma the yoni (the womb and female genitals – Sanskrit) can become desensitized and lose responsiveness, inhibiting the experience of the full range of pleasure or even any pleasure at all in penetration.

Such traumas are often sexual, but can also be completely non-sexual.  There may be more than one cause to the yoni or parts of it shutting down.

A yoni massage in tantric practice is the latter part of a full body tantric massage, which involves a massage of the yoni.  Yoni massage is a therapeutic process to enliven the yoni and reconnect the recipient with their own self.

As this healing deepens there will be a growing tendency for such massage to involve less release.  There will be more movement towards the experience of expanding pleasure and capacity for pleasure.

Yoni Massage as a Part of a Tantric Massage

The power of tantric bodywork, or tantric massage, culminating in a yoni massage, lays in a recognition of something that mainstream medical teaching in the UK and many other countries misses. Tantra believes that unresolved problems and traumas have energy, and that energy finds a home in your body.

The body is a repository of unresolved emotional issues.  Through tantric bodywork we find the places where these energies lay hidden, dormant like foxes hiding in woodland fox holes.  By finding these sites on a body (which can be in any part, not only in yoni), we find the place where the traumas themselves are stored.

Evidence of Healing Through Yoni Massage

In Western science the gold standard for research is what is called a double-blind trial. One recipient gets the treatment, another gets placebo, and neither the administrator nor the recipient knows whether the patient received the therapy.

That kind of study is not achievable in tantric healing.  The client cannot be given a fake yoni massage in  the way, for example, that a clinician-researcher might give you a fake pill not knowing whether or not it is the real thing. What could be possible is to compare outcomes of women with broadly similar issues who tried different treatments to establish the relative value of tantric yoni massage against other therapies.

Unfortunately, I am not aware of such studies being done with yoni massage, but I am also not an academic researcher. From what I know, evidence in this field is anecdotal, but the results I see as a tantric massage practitioner can at times be so astonishing that it would be difficult not to be persuaded of the power of tantric healing massage.

Often women who come for a yoni massage have previously tried talking therapies but couldn’t find a resolution for their problems. When such women report that they see a significant shift as a result of the bodywork (and I witnessed this a number of times), the claim that conventional medicine is missing something seems quite strong.

The self-report of women who testify to the healing power of tantric massage, see tangible change in their lives and return for this healing to be deepened is my personal form of evidence. I believe the client is the best judge of whether healing has occurred, since it is the client who comes to me with a problem.

While it is not possible for me to say that there is scientific evidence of the effectiveness of yoni massage, this other evidence based on the experience, is, in my opinion, persuasive.  It may also help to reflect that there is no gold standard double-blind research for the effectiveness of electrical stimulation of the heart in cardiac arrest, but I have not heard of anyone questioning its value.

If the emotional trauma lay at the level of the mind, then it would be expected that a skilled verbal therapy would be effective at resolving it.  I am not against talking therapies; furthermore, some of them explicitly aim to dive below the mind to a deeper level.

These particular approaches can be powerful too, but they are not in my opinion approaching the problem at the most relevant level.  I view emotional problems as unresolved energies that are circling in a locked circle.

You might be familiar with this concept to some extent. For example, when we say that some issue is going round and round in our mind, or when we can’t stop thinking of some problem.  This is an energetic circling, not just a metaphor.  These energies need to move, but they cannot - because they are trapped. They eventually become a hard physical tangle, literally a knot buried in our body.

Emotional traumas are not based in the mind. They are not cerebral events although they may have cerebral expressions. From what I know, in order for them to most easily find a place to move and discharge, it is best to go in at a somatic energetic level.  This is the reason tantric healing can be so effective, because it approaches unresolved emotions at the level in which they are encoded in the body.

It is as if the body is a library of unfinished stories.  Tantric massage acts as a search engine for locating these stories, bringing them out into the open and allowing them to be finished with and shut down. This is a process based on deep awareness.

On this analysis, it appears likely that talking therapies will be more productive after yoni work than before, when the issue is outed and significant release has happened when talking through it may be of added benefit to some women. 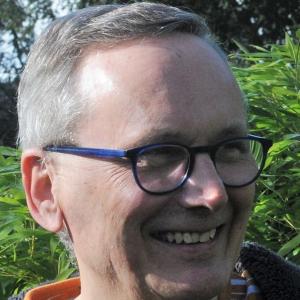 Hanos trained in the Tantric Journey healing yoni massage and alongside that has experience of energy work derived and based upon reconnective healing. 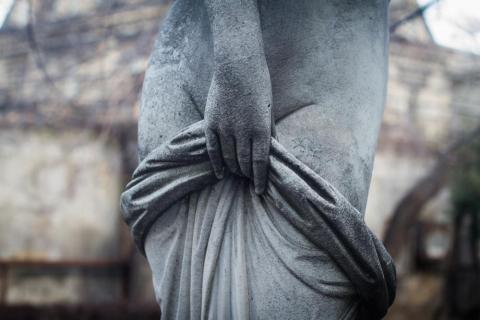