Recently a friend of mine shared with me a great article titled Exhaustion of the desire (original title El agotamiento del deseo).. It started a conversation that helped us to understand why we just don’t feel like having sex on many occasions. I am talking about those moments when the timing is great, perhaps your partner is willing and ready, you are feeling just fine, yet ‘not in the mood’…

In the article I mentioned before, the author compares the exhaustion of Earth’s natural resources – the life on the outside, to the exploitation of our subjective resources – our inner life. The culprit of that state of affairs, according to them, is capitalism or whoever creates it. The constant need for growth (production) inherent to capitalism, is based not only on the actual demand but also, and perhaps mostly, on the inner desires of the people. Or to be more exact, on the manipulation of these desires. With the superfluous nature of modern lifestyle, we are flooded with products and services. Up to the point where we are fed up and we can take no more.

I love my wife but I don't want sex

As it is often the case, William contacted me because, as he initially explained, he wanted to learn more about tantra and how to enrich the sex life with his wife, Alice. After the initial phone consultation and discussing the options, we decided to go for a couple consultation. On the first day they turned up with huge emotional baggage. Quickly it was obvious that this couple is in a deep crisis. I asked to talk to each of them separately, and what they told me didn’t exactly coincide. He was playing it cool telling me that he has been reading about tantra and wants to practice with his wife. She burst into tears the second her husband left the room. Alice told me that he hardly ever makes love to her, which had a devastating impact on her. But what hurt her even more, was the suspicion of him being unfaithful because of some texts messages she found on his phone.

We established a treatment plan including individual sessions for him and occasional couple consultations. Bodywork sessions, using tantric massage and energy work helped William to reconnect to his body and to re-sensitize it. We started to discover new erogenous zones. At the same time, we continued to work around the denial regarding his addiction. During his sessions, he had quite a few realizations about the relationship with his father. We learned that the emotional shutting down was a defense mechanism against an emotionally unavailable, and very critical parent. I guided him through the process of reconciliation with the inner father figure. There were tears and a heart-opening and William confirmed he felt as if a heavy armour had fallen off his back. This, in turn, helped him to become even more receptive to love and touch.

What helped William to shift the focus from external stimulus inwards, was the idea of tantric sex. Or, in other words, a conscious love-making. Throughout the following sessions, we work mostly the energy, reconnecting the scattered parts of himself. Thanks to deep emotional unblocking he found the way to revive the love he had for his partner when they were newlyweds and enjoyed their sex life very much. Free of guilt and resentment, he began to understand how to make love to his partner in a heart-centered manner, as opposed to genital-based intercourse. Slowly, the natural desire began to emerge when the two would get close. William and Alice are still learning the new ways of love making, but they are definitely on the right path that brings them closer together.

I didn't realize I was addicted

Julia’s case is a fairly easy one since she is totally ready for a transformation. Part of the initiation of her therapy included forgiving herself for, as she would put it, having contaminated her mind with the dirty images for such a long time. She needed to accept that the images wouldn’t go away so fast, and in fact, for now, they are her allies since they help her to get aroused. She got used to the idea of gradual transition and using the pictures (only from her imagination) when she felt she needed them. On the other hand, like with William, bodywork sessions helped her to re-discover her body. She also started practicing loving self-touch techniques.

Gladly, Pablo communicated clearly to his partner the way he feels. This, actually, is an exception to the rule. At least amongst my clients, the vast majority of men hides their sexual frustration from their intimate partner. Sometimes they suffer in silence for years, often faking the whole thing or directly avoiding sex. Luckily, Pablo’s partner positively received the message. She is also a bit older, which might be helpful, and is willing to give him ‘the time he needs’. From what he told me, he is unable to feel sexual with her. So his real question was how to limit the use of porn and how to instead enjoy sex with his girlfriend.

Foundation of Self love

For the most part, we focused on pumping the sexual energy into the heart area and diverting it inwards. The more we turned away from the noise of his mind the more he was trying to play the game of hide and seek. We stumbled upon a big armour and a huge resistance to opening up. Pablo’s inner self showed signs of deep wounding potentially to be traced back to early childhood trauma. Working as a mirror, I was able to help him make a connection between that hard wall he had built around himself and the inability to fully engage intimately with another person. Slowly, he began to realize that to discover the missing puzzles to sexual pleasure with a partner. As of today, Pablo is still in his process, but unfortunately, he finds it hard to fully commit to therapy.

Tantric Healing Therapy is a holistic modality and it does not judge. Instead, a ThT therapist creates a personalized treatment plan that is suited to your needs. If you think you might have porn-related issues and want a professional help, contact Kamila Lukasik for Tantric Healing in Spain, or other therapist in your location.

Photo by Grzegorz Walczak on Unsplash 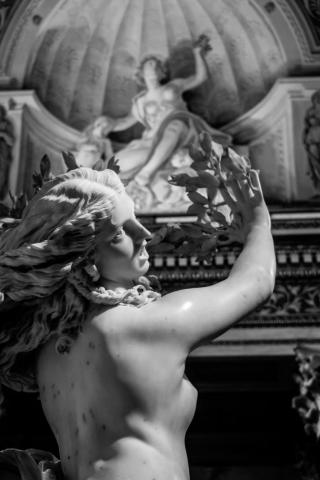